It was December 2005. I traveled to Darfur, Sudan with Stichting Vluchteling (Refugee Foundation). I was on my way to witness the largest humanitarian crisis at the time. More than a million internally displaced persons (IDPs) on the run for terror, organised crime, cruelties by their own government and militias known as the Janjaweed.

It is a decades old and complex war, still raging on today. I never thought I would experience it myself. I had to run and hide. Not for militias or organisations such as Boko Haram or al-shabaab. I had to run and hide for the government of Sudan (still one country at the time) ruled by the dangerous Omar Hasan Ahmad al-Bashir.

Instead of documenting cruelties, hunger, war and so many more of the images we all know from the media, I decided to focus on the power of surviving and thriving. The strong women who survived the slaughter of their families, being raped by militias and having their villages completely destroyed. I’ve seen it with my own eyes. Entire areas destroyed the next day, nothing to be seen except dirt and smoking soil.

On the day of my departure I was arrested by the government of Sudan. They charged me and the people I was working with, for espionage and other alleged crimes, all of which carried the death penalty.

I often think about that moment and realise how thankful and lucky I am that this is what I do for a living. That I am able to see and experience what is going on in the world with my own eyes. That I live in freedom and I can do something my heart tells me to. Something that I love the most. 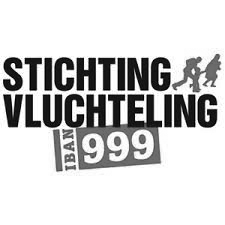